Breaking new ground as the first transdisciplinary reader in this field, Video Theories is a resource that will form the basis for further research and teaching. While theories of video have not yet formed an academic discipline comparable to the more canonized theories of photography, film, and television, the reader offers a major step toward bridging this “video gap” in media theory, which is remarkable considering today’s omnipresence of the medium through online video portals and social media. Consisting of a selection of eighty-three annotated source texts and twelve chapter introductions written by the editors, this book considers fifty years of scholarly and artistic reflections on the topic, representing an intergenerational and international set of voices. This transdisciplinary reader offers a conceptual framework for diverging and contradictory viewpoints, following the continuous transformations of what video was, is, and will be.

This publication has been made possible by a fellowship of the Gutenberg Research College at Johannes Gutenberg Universität Mainz from 2017 to 2020, as well as the continued support of Kunsthochschule Mainz. 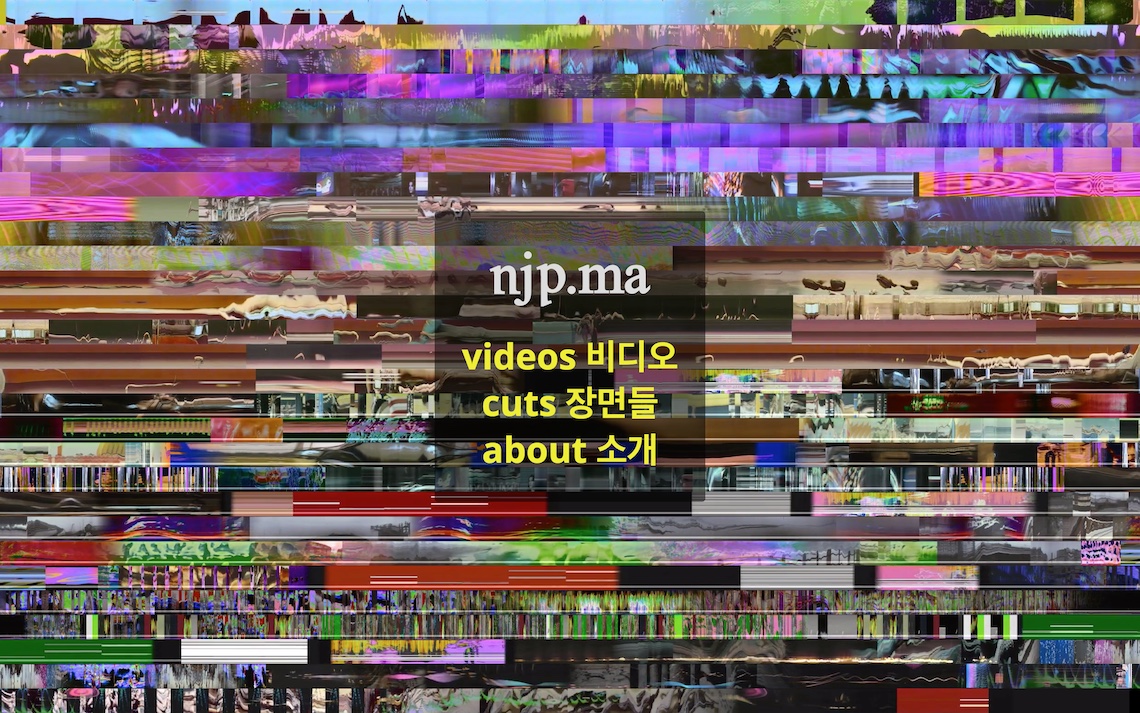 Nam June Paik's contributions to video theory can be compared to those of Sergei Eisenstein and Dziga Vertov to film theory. Out of these practice-based analyses grew autonomous theories that offered a source of inspiration for future generations of artists.This video theory doesn’t have a consistent, monolithic form, but is dispersed rhizomatically throughout various formats and outlets. Aside from Paik’s essential writings, relevant theoretical elements can be found in a plethora of interviews, letters and statements. Yet another significant element of this theory, so far mostly unnoticed, does not exist in written form. It is scattered across his TV and video appearances, some of his own making, some by other creators. Here, Paik often explains and demonstrates his ideas of medium specificity in the video medium itself. With the online essay https://njp.ma/cuts/rai we want to re-assemble these different formats in one narrative, based on the invaluable video resources of NJP.MA. The online video archive NJP.MA has been developed by the artist groups 0x2620.org and CAMP as winner of the Nam June Paik Art Center Prize 2020, based on the extensive physical video archives of the Paik Art Center in Geonggi-do near Seoul, Korea. NJP.MA is not so much ‘about‘ the video works of Paik, but the whole online archive could be seen as a digital materialization of ideas and concepts that Nam June has developed and experimented with in analog video and audio, namely:

Dieter Daniels has been Professor of Art History and Media Theory at the Academy of Visual Arts (HGB) in Leipzig since 1993. He has published a.o. on Marcel Duchamp, John Cage, Nam June Paik, Fluxus, Media Art and Media Theory. His book publications include: Duchamp und die anderen (1992), Kunst als Sendung. Von der Telegrafie zum Internet (2002), Vom Ready-Made zum Cyberspace (2003), Audiovisuology, Vol. 1 & 2 (2010/11 with Sandra Naumann and Jan Thoben), Sounds like Silence. John Cage – 4’ 33’’ – Silence today (2012) TeleGen. Art and Television (2015), The Readymade Century (2019). Together with Frederike Moormann and Angelika Waniek he has curated the radio art exhibition Anybody out there and published the related book on one hundred years of radio (2020/21). He has been Fellow at the Gutenberg Research College (Johannes Gutenberg University | Mainz Academy of Arts) publishing together with Jan Thoben the Transdisciplinary Video Theory Reader (2022).

Jan Thoben is a Berlin based musicologist, art historian and musician. Since 2013 he has lectured at universities and art academies in the UK and Germany. Since 2017 he has been program coordinator for the master’s program Sound Studies and Sonic Arts at the Berlin University of the Arts, and head of the department in 2021/22. Thoben is a member of the Ever Present Orchestra and the audiovisual performance duo 60Hz. He has published on experimental music, sonic arts as well as early 20th century media arts practices. Together with Dieter Daniels, he co-edited the print and online compendium “See This Sound” (2010) and a “Video Theories” reader (2022).

Sandra Naumann is a curator, media historian and filmmaker based in Berlin. She has curated programs and exhibitions for transmediale, CTM, Werkleitz, sound:frame, Shift, Elektra and others. She has published on experimental film, visual music, AV performances and together with Dieter Daniels, edited the print and online publication See this Sound – Audiovisuology (2009-2011). Furthermore, she has taught courses on media art at art academies across Europe. Last but not least, she has been working as creative producer and author on various major documentary film projects.