Personal Assistants like Alexa, Google Home and Siri are the brains of the smart home ecosystem. They operate, monitor and control smart home appliances while keeping the algorithms and rule-sets that determine their workings secret. Intelligent Personal Devices are voice controlled, thus dissolving the machinic presence of the computer while placing its functionalities at the users disposal. It's like living inside the machine, while at the same time having no agency over the composition and structure of ones environment.

What are the relationships that we are forming with these IPA devices? What happens when IoT devices are hacked to form rogue bot-networks? Is my capacity to act expanded or diminished when relying on these semi-autonomous devices?

panke.gallery Edition #002 - Alexiety EP released on the occasion of Cryptorave with OMSK Social Club and the birth of RaveEnabler https://0b673cce.xyz/ - mining Monero (XMR) in support of local Cryptorave networks by donating CPU power. 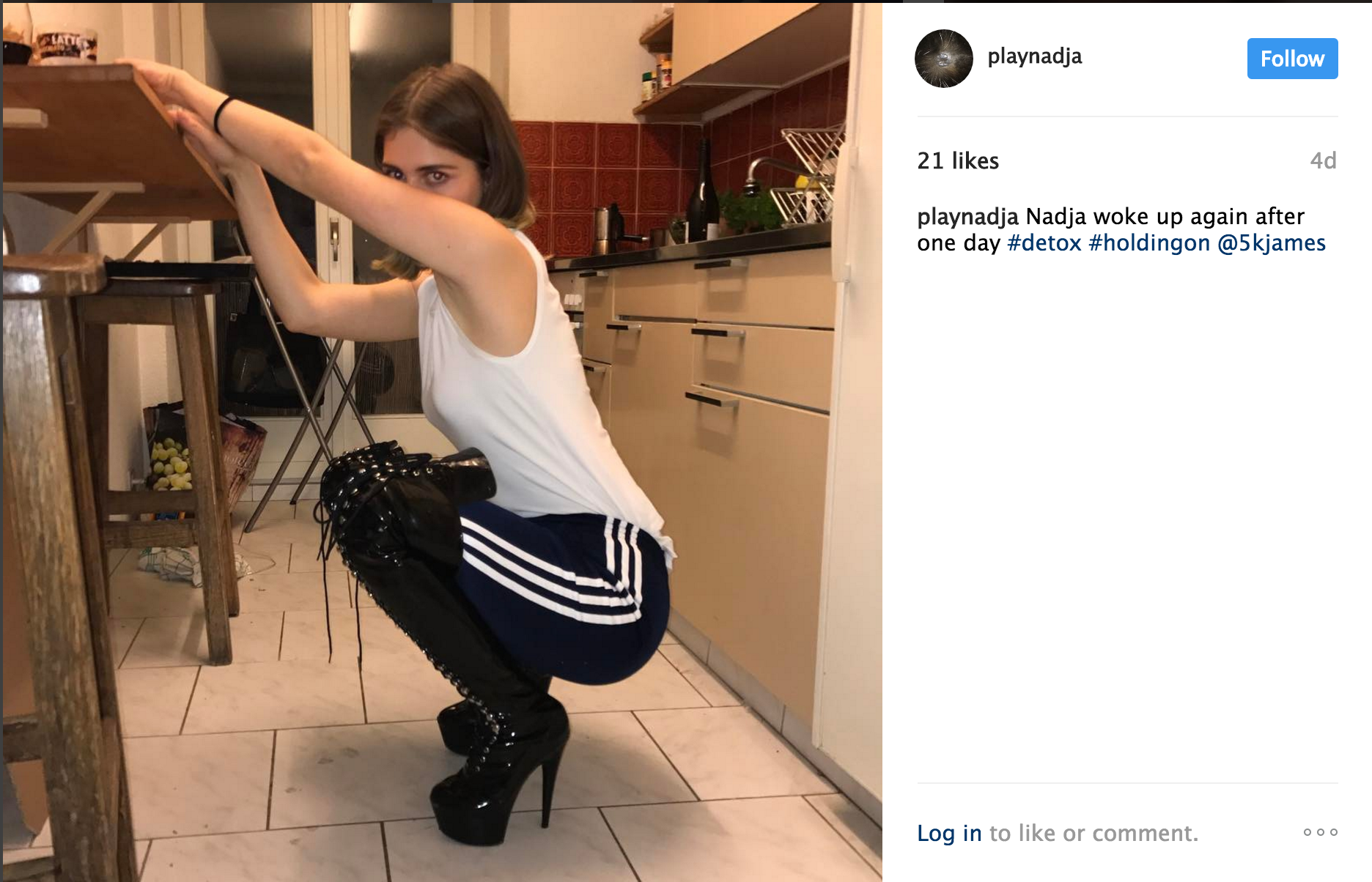 Omsk Social Club Lives and works in Berlin. She has exhibited across Europe in various institutions, galleries and offsites such as Migros Museum für Gegenwartskunst, Zürich, Middlesbrough Modern Institute of Art, Bergen Kunsthalle, Gold and Beton Cologne, “Vomit Apocalypse” for Glasgow International and Kunsthalle Zürich. She attended The Eternal Internet Brother/Sisterhood residency in Sri Lanka in 2016 curated by Angelo Plessas and was awarded the Gleis 70 Zurich international artist award from Pro Helvetia in 2017 and the 8th ARTWARD Junior Prize in Munich.

Her theoretical essays and creative texts have been commissioned for Kaleidoscope Magazine, NXS, Badlands, A little disaster, NRW Forum Düsseldorf Status Effect curated by Andrew Varano, Websafe2k16, Oncurating.org - “Alienation and Estrangement Issue” edited by Dorothee Richter. She was also recently included in the book Polar Reflex for the exhibition “The Internet is Present” edited by Reese Riley.

Omsk Social Club coined and works heavily with the concept of Cosmic Depression – The theory of depression caused by digital utopia (Paradise without Ecology) and Real Game Play. Omsk’s practice spans from visual to theoretical production often using the model of gaming. Working with a cross disciplinary practice and over many avatars or pseudo-names. Omsk Social Club is constantly observing and questioning the concept of Self, Individualism and the community both in off and online scenarios. Pioneering the spectacle Ying Colosseum in Berlin (2015-2016) and Play Co Summit with Ed Fornieles (2017-ongoing), She is heavily influenced by her peers and their voices as collective anonymous mass often incorporating them into her Meta Larps and Real Games. One may liken her output to a new form of relational aesthetic practice. !MEDIENGRUPPE BITNIK (read - the not Mediengruppe Bitnik) are contemporary artists working on, and with, the Internet. Their practice expands from the digital to physical spaces, often intentionally applying loss of control to challenge established structures and mechanisms. In the past they have been known to subvert surveillance cameras, bug an opera house to broadcast its performances outside, send a parcel containing a camera to Julian Assange at the Ecuadorian embassy in London and physically glitch a building. In 2014, they sent a bot called «Random Darknet Shopper» on a three-month shopping spree in the Darknets where it randomly bought items like keys, cigarettes, trainers and Ecstasy and had them sent directly to the gallery space. !Mediengruppe Bitnik’s works formulate fundamental questions concerning contemporary issues.

LOW JACK/ Philippe Hallais is a French electronic music artist born in 1985 in Tegucigalpa (Honduras) and living in Paris. His music plays with the re-appropriation of sonic clichés, media folklores, and the multiplicity of musical languages associated with dance subcultures. He has published three albums under the pseudonym Low Jack (Garifuna Variations, L.I.E.S, 2014 ; Sewing Machine, In Paradisum, 2015 ; Lighthouse Stories, Modern Love, 2016) and one under his own name, An American Hero (Modern Love, 2017). His live performances include collaborations with musicians Ghedalia Tazartès and Dominick Fernow/Vatican Shadow. His work has been commissionned by the Quai Branly museum, the Swiss Cultural Center and the Ricard Fondation in Paris.

Knoth & Renner Collaborating since 2011 and located between Berlin and Leipzig, Knoth & Renner focus on projects for art, architecture and science institutions. Based on a deep appreciation for digital culture and technology, the studio’s interdisciplinary portfolio includes websites, publications, exhibition graphics, visual identities and apps.

Christoph Knoth — is professor for Digitale Grafik at the HFBK Hamburg in the department of Graphic Art / Photography / Typography since 2017. In 2012 he was a design researcher at the Jan van Eyck Akademie in Maastricht with his project Computed Type. In the winter semester of 2015/16 Christoph Knoth was guest professor for information design at the Burg Halle. In the following year he was, together with Konrad Renner, a guest researcher at the Bauhaus University in Weimar as a substitute for the professor in typography where they started the project Digital Typography. For the period 2015–2017 he was a fellow at Akademie Schloss Solitude.

Konrad Renner — is professor for Digitale Grafik at the HFBK Hamburg in the department of Graphic Art / Photography / Typography since 2017. He also taught as artistic associate for three years in the MA programme for Editorial Design at the University of Art and Design Burg Giebichenstein in Halle from 2012–2015 and was a visiting lecturer at the Berlin University of Arts (UdK). In 2016 he was, together with Christoph Knoth, a guest researcher as a substitute for the professor in typography at the Bauhaus-University in Weimar where they started the project Digital Typography.